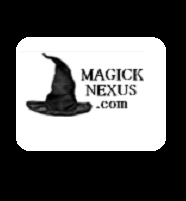 Enjoy this archived interview with the esoteric website, MagicNexus.com from 2008. We discuss Satanism and magic and the future of Satanism in general.

MagickNexus.com had the privilege of sitting down with the lovely Venus Satanas of SpiritualSatanist.com to discuss Magick and Satanism from a more Spiritual, as well as Theistic stand-point…

magicknexus.com: For those who aren’t familiar with your YouTube videos, how did you find Satanism- or was it Satanism that found you?

Venus Satanas: I got into Satanism back in 1992, after searching through mythology and writings. I sis a lot of creative writing at the time, and I went to the library for research on mythology when I found a book, The Church of Satan. I read it, studied it and it resounded within me and I knew it was the path for me. I was 13 at the time, which seems to be about the age that many Satanists find the path. I was not raised in a Christian household, so my situation was not really one of rebellion; it was more like an exploration of the possibilities of witchcraft, magic and the occult.

magicknexus.com: What is Spiritual Satanism, and how does it vary from the more modern/LaVeyan approach?

Venus Satanas: According to what some LaVeyan Satanists claim, Satan is a symbolic and archetypal image which represents the darker, more earthly natures of humanity. I think a lot of Satanists are interested in LaVeyan philosophy but unfortunately the LaVeyan method is not really focused on the esoteric. Many claim to be atheist, and use a type of ritualized psychological magic.

magicknexus.com: What is The Left Hand Path? How does it differ from other paths?

Venus Satanas: The labels of left hand and right hand describe a spiritual method or way. I think that the left hand path is different from other paths because its major focus is on the self, and on autonomy. In the truest sense the one who is in the left hand path is not dependent on a god for support, guidance or approval. The god is within, compared to ‘right hand path’ where the focus is on an external force or god which is guiding. The Satanist looks within for guidance. The right-hand might focus on methods of enlightenment through abstinence or control, and the seeker of the left-hand may experience enlightenment through self-expression, satisfying desires, or by breaking social taboos. There is a clear difference but my belief is that both paths contain much potential.

magicknexus.com: How does Elitism relate to Satanism?

Venus Satanas: I think elitism relates to Satanism through group organizations who want to control the social aspects of their membership, sometimes extending this outside of the organization to affect others. An example is the clear denial of independent and theistic Satanism by the church of Satan, who denies that anyone else but the members of their church are Satanists. It’s a kind of fundamentalism that is promoted in some satanic organizations. In some ways this is a very common thing; there is competition between the orgs. But fundamentalism is something that I like to avoid. I don’t believe that a Satanist is ?made’ because of what group they join or what publications they read.

magicknexus.com: in your biography, you mention a time where you first came to the internet only to find it filled with misconceptions from the Christian front, as well as misconceptions made by angst-filled youngsters. How important is it, would you say, that it has been for you to educate people about what Satanism is?

Venus Satanas: It has been very important to me, and in a lot of ways my website has been my outlet for spiritual writings. I don’t feel that I have all the answers but I do like to share my experiences and ideas with others in hopes to inspire this generation of Satanists to reach for something better than what we have today. I enjoy spending my time researching Satanism and developing new ideas and methods that I like to share with others. After being involved in Satanism for so long, I know what it is like to walk this path alone and if my experiences can inspire others to walk their own path then that is the greatest contribution that I can offer.

magicknexus.com: What is the importance of Secrecy in Occultism?

Venus Satanas: The word ?occult’ means secret or hidden. This describes the nature of occult. The general secrecy of the occult creates a kind of fear in the public. The public gets to know exoteric information, things that are common knowledge. There are some organizations that have documents, information and writings which are only known to the inner members of an esoteric Order.

magicknexus.com: Is there something you would like to see the occult community (online and in the ‘real world’) take part in, or do more of?

Venus Satanas: Yes, I would like to see less in-fighting and fundamentalism and more focus on knowledge. The occult, magic and witchcraft are dismissed by the public as fringe, but to me it seems that Wiccans and pagan have been getting more exposure on tv and in the public media. It would be good if other areas of the occult got positive media as well. Along with this there should be better standards of books and websites. There is misinformation inside the occult and outside of the occult as well.

magicknexus.com: In one of your essays (from SpiritualSatanist.com): you talk about ‘Independent Satanism’ as being self-initiation versus initiation which is sought out in a group structure- What are the benefits of individual study, in contrast to a group setting; and what are the known benefits (as well as disadvantages) of a group?

Venus Satanas: Well there are several; Self-initiation is a more difficult path but it allows for you create the methods that you want to create. In a group setting a certain method is taught and attainment comes with the training and grade initiations. There is no success guaranteed but they have specific methods that are based on the groups teachings and beliefs. Working freelance, independently, there is no guarantee of success but I think that some magicians want to design their own method instead of merely emulating someone else.

Venus Satanas: Yes I think that learning comes from mistakes. Well, it comes from learning about the mistakes and seeking improvement. If by waves, you mean results, then yes. Some are scared out of their mind and others let it be a turning point for further exploration. I am the one to believe that our destinies are not handed to us at the beginning of our life; we have the choice to do what we want, and to take the actions we want to take. So, there is no guidance beyond the constant search of knowledge and experience that can only come with dedicated time and effort to learning and producing real magic.