Today at 7pm eastern, I will be on the Hail and Horns live broadcast at Trovo (you can visit here), discussing the Satanic Panic. In light of this discussion, I wrote this post outlining some of the dark facts about this grim time in America, both past and present.

The Satanic Panic was (and is) a moral panic. A moral panic is described as ‘A mass movement based on the false or exaggerated perception that some cultural behavior or group of people is dangerously deviant and poses a threat to society’s values and interests.”1

The Witchcraft Trials of America came about at the tail end of this killing spree. It is estimated that 200 people in Salem, Massachusetts were accused of practicing witchcraft. Of these, 20 people were put to death for their supposed crimes. It was the perfect storm of social, religious and political uncertainty that lead the people of that time to seek out what they thought was witches who were causing problems in society. The basis of the prosecutions were based on the infamous Malleus Maleficarum book, that sought to point out the various ways that witches could be identified.

caused by political and social unrest, fueled by the media. In the age of the Salem trials, it was the Puritan belief that spiritual forces were causing the ills of society – everything from sickness to crop failures was blamed on witches and the devil. And this belief was fueled by the media of the time. Books like the Discovery of Witches by Matthew Hopkins, and the Malleus Maleficarum by Catholic Church inquisitors Heinrich Kramer and Jacob Sprenger, were widely used as prosecution manuals3.

Fast forward 276 years to our modern time. In 1983, the perfect storm of social uncertainty, and religious fervor involved with politics once again manifested in America.

We can also blame this shift of social values on the rise of right wing evangelicals who embraced and backed Regan in the 1980s, leading to his election win. America had suffered through the Vietnam war and other problems of the 1960s and 70s, and so having a group of religious people backing the president was a new idea and seemed morally appealing4. It is from this political and social era where the Satanic Panic of modern times evolved. 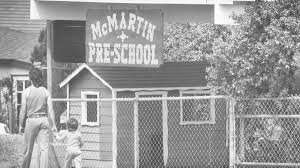 The breakthrough case that brought it all to light was the 1983 McMartin Preschool case. This was the longest and most expensive trial in American history. They took seven years and 15 million dollars investigating claims of sexual abuse at a preschool5.

First reported by a mother, Judy Johnson, the accusations were bizarre – where the children were transported to a church to watch a baby’s beheading, forcing them to drink blood, underground tunnels, suggestive photo sessions, kidnapping, and animal sacrifices.

It was later found that Judy Johnson, the woman who first reported the abuse, suffered from schizophrenia, but by then it was too late. The over 200 parents of the school began to have their children interrogated by police and psychologists. In this scenario, like throughout the whole Satanic Panic, the parents and authorities wanted to be the hero, to protect children.

In time, over 400 children were interviewed in this case using a variety of techniques. From rewarding them, to using leading questions, and hours long interviews that ended with most children just agreeing to what they had been asked to say, prosecutors built a case. However, searches of the homes and preschool did not produce any evidence. There were no photographs as claimed, no secret rooms, no tunnels. With the case being widely publicized, in a poll, it was found that 87% of the public who knew about the case thought that the people involved were guilty, despite the very questionable testimony from children and the lack of evidence.

By then the damage had been done, and America fell in love with finding the devil in every facet of society. From movies, to books, music and games, somehow the religious right thought that Satan was influencing America’s youth through an underground cult. 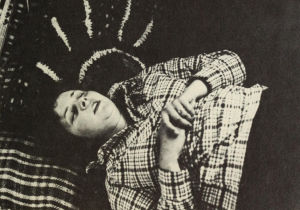 The book that gave these lawyers, investigators, psychiatrists and counselors fuel was Michelle Remembers. Written by Canadian psychiatrist Lawrence Padzer. In this story, Michelle Proby recounts her experiences of being held and tortured by a Satanic cult. Much like the Malleus Malifecarum of the Witchcraft trials, “Michelle Remembers” became a literal template for how investigator and psychologists handled these kinds of cases. His book was used by cult investigators and was even endorsed by the Catholic Church!6  Years later, Michelle married Lawrence after they made over a million dollars from their book deal.

And, it was professionals like Dr Bennett Braun, a psychiatrist, who pioneered the practice of gathered confessions or stories from patients. Labeled as “Satanic Abuse Disorder”, Dr Braun (among other doctors of the time) used hypnosis, drugs that cause hallucinations, and chemicals like sodium amytal (‘truth serum’) to extract stories from patients7. 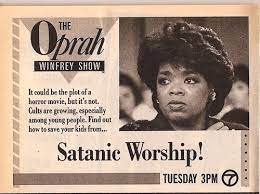 crimes. Nationally broadcast specials on 20/20 and on talk shows like Oprah and Geraldo fueled America’s morbid interest in these non-existent cults. Without getting too detailed, the long history of the Satanic Panic includes people that are still imprisoned or had been released recently.

For instance, in 2018, Dan and Francis Keller were finally released after spending 25 years in prison. They were awarded 3.4 million dollars upon their release and exoneration. They spent twenty-five years in prison for a crime that never happened, thanks to a doctors false testimony. The doctor later admitted the mistake8.

But as interest in these cases waned, they never really truly disappeared. There is till to this day an undercurrent of conspiracy theories that fuel the idea that Satanic cults are kidnapping, enslaving and killing children. Except this time, the targets aren’t preschool teachers, they are political figures.

The same ideas, same stories have shifted to politics where the religious right are accusing the left wing of participating in a secret cabal of baby killing. Born from the conspiracy theory of ‘Pizzagate”, hacked emails were made to seem encoded with information that high ranking democrats were involved in child trafficking and Satanic rituals.

The center of this ring was supposedly at a pizza establishment in Washington DC. The rumors were spread throughout social media, where it finally took a dangerous turn. A man showed up with a rifle to investigate the claims himself, shooting inside the building. The owner and staff, and even neighboring businesses were sent death threats by these ‘heroic’ internet warriors who believed in the conspiracy. The conspiracy spread so far that even celebrities like Alex Jones started using it as a focus for his show9.

These ideas started to surface in 2017 through the group known as Qanon. Formed in the internet wastebasket known as 4chan, Quanon started as a few posts by anonymous people who claimed that they knew what the president was doing in secret, and that they also knew how the democrats were secretly running everything through a worldwide Satanic cult. 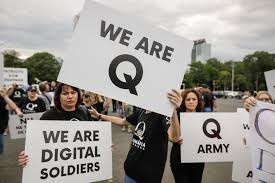 The story evolved to include celebrities, movie stars and musicians, who were all, according to Qanon, rich, famous, powerful and kept youthful by drinking the blood of children. The extracted blood was called ‘adrenochrome’. What is so frightening and stupid is that the effects of ‘adrenocrhome’ are fictional. Authors wrote about it in fictional stories, like Aduolus Huxley (Doors of Perception), and Anthony Burgess’ Clockwork Orange, and Hunter S Thompson’s Fear and Loathing in Las Vegas. It is widely known to be debunked as a fictional exaggeration10.

What is so sad about all of this is the many lives that were ruined because of these false accusations. Innocent people had their lives ruined. Children suffered the most. And even today, Quanon, while claiming to care about children, has no interest in pursuing abuse where it is really found in America – in Churches and social institutions like Boy and Girl Scouts. The truth of the situation is sad but it’s not as exciting as believing that there is some secret cabal behind all of the evil in the world. And so today even in the information age, the disinformation campaign against Satanism (real or imagined), continues.

Trigger warning. Please be aware that some of the references for this article contain graphic and sensitive materials

Remember that today on 7/9/21 at 7pm eastern, I will be on the Hail and Horns live broadcast at Trovo (you can visit here), discussing the Satanic Panic. Join us! And if you liked this article, please share: