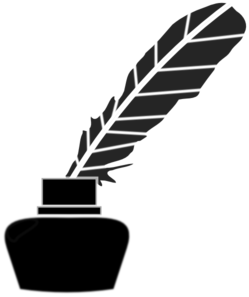 Venus Satanas is, quickly becoming, a very popular Independent Satanist. She has a website, a blog, and most glaring, a youtube channel with over 2 thousand subscribers. She is currently very active on youtube, as well as has just put out a very interesting book about the Al-Jilwah not to mention has made her popular youtube videos available in DVD format. She’s even created an organization for Independent Satanists. In my opinion, her views and mine might conflict sometimes but I view her as a shining star of intelligent and careful thinking. Someone that could quite possibly make a very serious, real dent in the occult world in the future, if not now.

Below you will find links to her online projects as well as a interview. Enjoy!

01. Who are you? What do you do? Please be specific as possible for this interview’s progress.

Who Am I?
I would like to say that I am so glad to do this interview with you. I am Venus Satanas, and I am a spiritual Satanist. I have been a satanist since 1992, when i created a self-dedication pact with Satan. I was never raised in a christian home, so the acceptance of Satan had little to do with the rejection of Christianity. The dark side appealed to me, so i responded to it. I feel as if Satanism has been the perfect path for me, it has allowed me to achieve what I have wanted over the years.

In 2004, I decided to create a website, “Theistic Satanism and Magick”, a place where I could write about my experiences, and research topics related to Satanism, magic and the Occult. After a few years, the success of my website prompted me to create a channel on youtube, and now i have over two thousand subscribers, in the past two years. The response has been really good; but still, I am surprised that so many people are interested in Satanism.

I have never sought to join a group or organization. I think that organizations are great for some people, but I do my best work when I am solitary, when I am able to challenge myself. In the spirit of independence, I collaborated with a good friend of mine, and long time satanist, nocTifer in 2007. We created the Horde of Independent Satanist, a group for discussion on magic, satanism and the occult, among other independent satanists.We feel that nothing like this has been done before, as most groups try to get their members to follow one certain path. With HISS, we are a group of peers who have independent goals but we meet so that we can share ideas and discuss what is really important in satanism.

So, i suppose when you ask, who am I and what is my purpose, I can say that I am Satanist who is interested in furthering the education of satanists through my writing and through interaction with whomever is interested in learning.

02. What makes one a ‘Spiritual Satanist?’ How does the Satanism you identify with differ from other brands of Satanism?

Spiritual Satanism is a spiritual appreciation of life, it is living in a spiritual existence, as compared to other forms of atheistic satanism that may only embrace a central belief in materialism. I like to think that the spiritual Satanist has the opportunity to experience the best of both worlds by appreciating both the spiritual and physical. For some this may be done through worship or other [metaphysical] activities that bring the Satanist closer to their goals and desires.

Also some Satanists who only identify with atheism use magic in a non-esoteric way, as a psychological approach where as some other, more spiritual satanist may identify the more arcane and spiritual aspects of magic.

I do not think that LaVey’s descriptions of Satan were simply as metaphor. He used examples throughout the satanic bible to illustrate the many different aspects of Satan, either as a god or as a symbol of human nature. To me Satan is one of many gods who were created by humans over a long period of time, and he represented different things throughout the ages. My pact with Satan established my identity as a satanist and ensured my loyalty to satanism.

04. What would you do if another Satanic Panic broke out in the media and America? Would you remain quiet or would you try to take action against the ignorance of Satanism out there?

Wow! That would be something! I wouldn’t hide. I would continue my work to educate whoever is interested in my ideas on satanism. Their scaremongering tactics have no effect. With the freedom of information that is available now, and the world wide access to the net that many people who are Satanic have, i doubt that much would come from their attempts. Christians should fear the atheist movement even more as they pose a real danger to the foundations of their theistic beliefs.

05. What is your favorite Sin, and why is it soo important to you? Has it brought your life much pleasure? Do you ever get “too much of a good thing” with it? Can the Christian Sins we love to embrace ever grow old, too common place or just misplaced?

I do not have a favorite sin. Sin is not a part of my everyday living. I think the need to label activities and feelings as sin comes from attaching moral values to personal actions. As a satanist I am responsible for my own actions and myself, therefore I am in debt to nothing or no one for moral sins. I do agree that a balance is a good thing. We should seek to enjoy life without giving into reckless abandon that could potentially shorten our days on this earth.

As the moral values of a society change so do their views on what they consider to be taboo. So I do not believe the same ideas of sin that are common now, were common fifty years ago in America.

06. Please explain, if you could, one example of both: Greater and Lesser magic working for you in your life.

For me, greater magic is ritual magic. it is a method of performing magic by using specific rituals that include gods or demons as an aid to influence the potential outcome. You could say that when I initiated my friend Angie into Witchcraft, and we both called upon the Goddess Athena in her favor, that we performed Greater ritual magic. My summoning experiences were a form of ritual magic that I developed to work with demons.

Lesser magic is the use of various spells; often these things are connected with simple magic, folk magic, talismans, etc. My most recent spell of this kind was a spell to ease the tension at my house between my cats. I have four of them and one of them used to fight with the other three. the tension was so bad at my house because of this that i decided to do something about it and cast a spell. I used candle magic to influence the outcome and it worked for me. Within a week the cat that would fight with the others slept next to the one that he fought with last week.

During the next month he slept next to the other cats, each in turn. This was something that I had waited for, for five years. My candle spell had eased the situation and made him willing to give in and accept the others into his life. It was wonderful! Now i have a peaceful home and I can thank some creative magic for this very beneficial outcome. A simple form of magic provided me with a solution to a very complex and ongoing issue. As you can see, the benefits of greater and lesser magic have their uses.