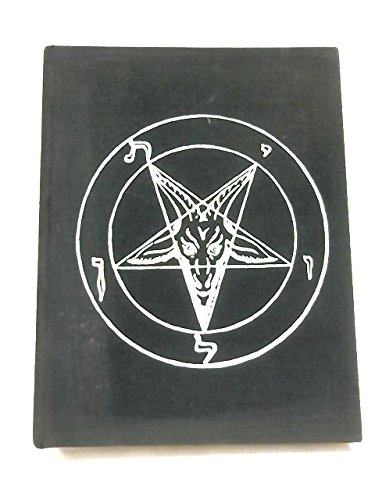 The Bessy Pentagram [shown on right] is one of many versions of the Baphomet that is so familiar to Satanists. It was from the cover of the book known as A Pictorial History of Magic and the Supernatural (Amazon), written by Maurice Bessy. The symbol itself goes back much further than that but it had always been associated with Satan and the forces of the Underworld.

It is a known fact that LaVey drew up his own version of this pentagram and Baphomet from this book, and took from it the same elements of design, including the “Leviathan” word that encircles the symbol on this book. Due to the popularization of this symbol as ‘Satanic’ it is recognized worldwide as a symbol of Satanism, much like the adoption of the Roman Cross became a Symbol of Christianity after 400ad.

The controversy over this symbol extends to it’s copyright usage. While the Church of Satan claims to own copyright on this specific symbol, the simple truth is, that they do not. The original Bessy pentagram and all earlier versions of it are in the public domain. Public domain images can not be copyrighted. Now that it is an internationally recognized symbol of Satanism in general it is most certainly in the public domain as a religious symbol, which can not be copyrighted either. The Satanic Church does have their own specific version of this symbol which is known as the LaVeyan pentagram.

LaVey had little regard from which he took his inspiration from, piecing together his versions of Satanism from various odd sources. Within the Church of Satan the book written by Bessy was used as a prop, much like LaVey adopted the Bessy pentagram for symbolic purposes.
From the COS website: [http://www.churchofsatan.com/Pages/BaphometSigil.html]

“In its early days, the Church of Satan used the version seen on the cover of the Bessy book on its membership cards and stationery as well as on the medallions which were created both by hand and by professional manufacturers.” 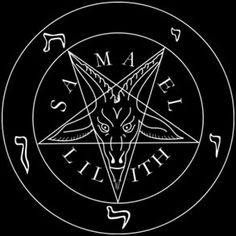 The ‘Leviathan’ spelled in Jewish letters surrounding the symbol came from an earlier versions of the Baphomet, found in various books. In the 1700’s there was a symbol of the Baphomet within a circle in the book ‘The History of Magic, Eliphas Levi‘. This symbol was paired with the upright pentagram, or as some call it, the pentacle, around this were the words ‘Samael and Lilith’ and it is often referred to as the Samael and Lilith Pentagram. Its purpose was to illustrate the unholy union of Samael, the Jewish angel of Death, and Lilith, the Queen of Demons in Jewish mythology.

All of these symbols – the goat and the names of Jewish demons, point to the obvious connection between Satanism and Judaism. Even deeper than its Christian association, the Judaic aspects of Satanism are represented by the Goat – known as Azazel. This creature was the Scapegoat of tradition, sacrificed to the wild, who carried the sins of the people. It became natural then to associate and contrast the Jewish goat with the Christian sheep, the natural reaction of Christians being that the goat represents evil, or the devil. This tradition has continued to this day.