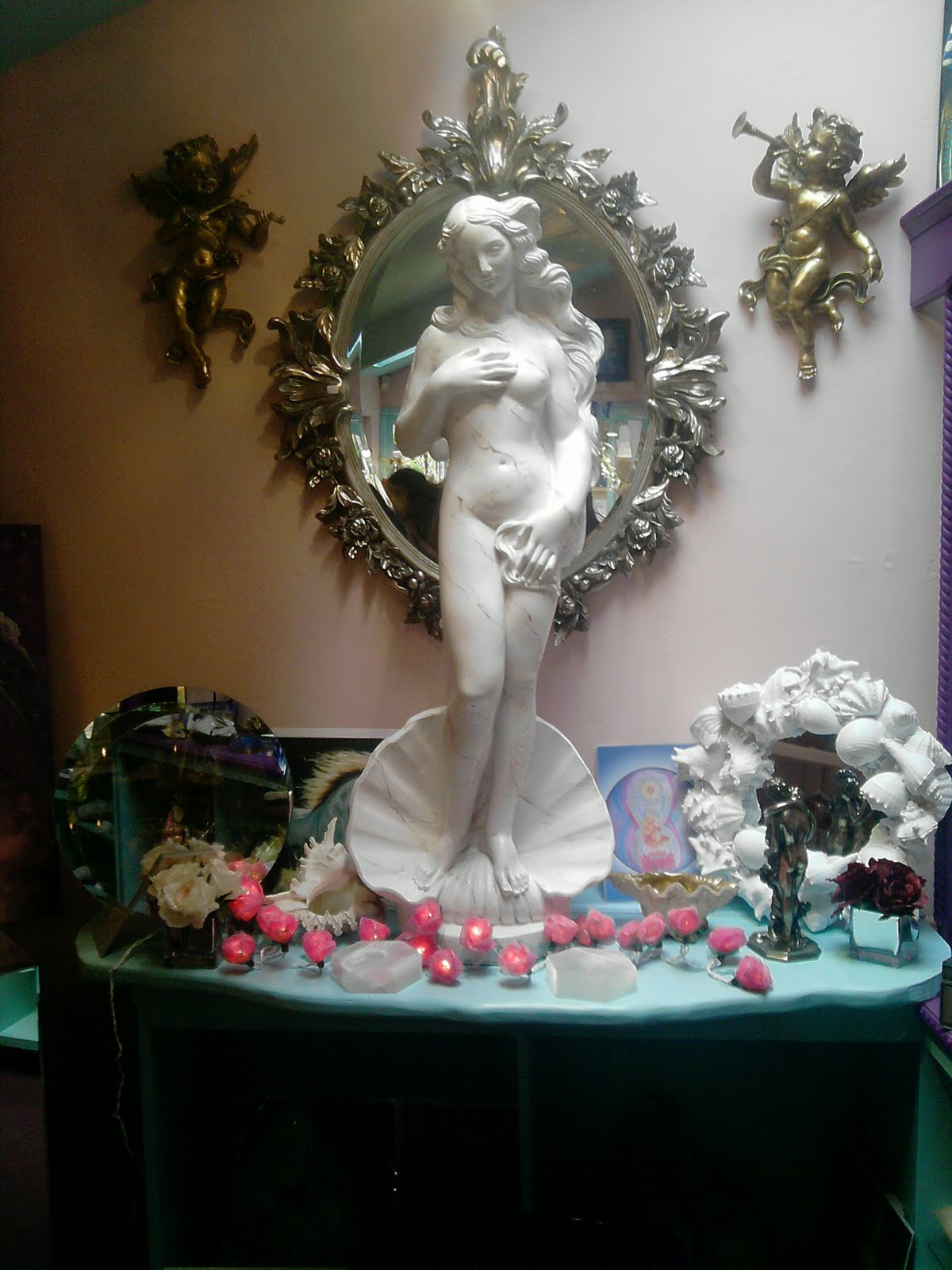 A question from a friend at my Facebook page the other day:

Just curious about your name. I daresay “Venus Satanas” is not your birth name, and you don’t seem one to do anything that isn’t very well thought through. “Satanas” is obvious, of course…but why “Venus?” It’s quite a suggestive name…..

My name, is my magical name. It is a name that I gave to myself when i was re-initiated back into Satanism in 2004. It was a name that I created from the associations and experiences that were in my life at that time. In order to understand this you would have to travel back in time with me to ’04 to see how this happened.

It was the summer. I had just moved into my own place, a small apartment by the river where I could begin a new life from the one that i worked hard to leave behind. See, i spent 7 years in a bad relationship. the kind of relationship that was poison to my soul. the kind of relationship that made me feel that I wasted years of my time caring about a person who couldn’t even care for himself. It was an abusive relationship. But i am a fighter. When i had enough, I walked out and i got my own place to live.

Part of my reason for leaving was that I really missed my communion with Satan. It was the one thing that was missing in my life, my spiritual path. I forgot how good it felt to be self empowered. Without that self empowering element in my life it was hard to be happy.

I got my own apartment that summer, and i was able to decorate it the way i wanted and I set up a ritual room in my bedroom with a complete altar. It took months to set up things the way that I wanted to. Along the way, I worked on meditations and I performed rituals for Satan. I was focused, more focused that I had ever been in my life. I also adopted my cat from the shelter, an adorable black kitty that I named Shadow. Once I had a stable place to stay and my life was in order, I was ready to bring him into my life.

Every time I came home to my place, i saw the single pink rose that was growing at my doorstep. It was so beautiful and it took a long time to grow. It reminded me of my new life, my new freedom. The rose was very symbolic to me in a very spiritual way. Just before it faded I gathered it for a ritual. In this ritual, I gave myself my magic name VENUS SATANAS, to associate with two of my favorite god-forces as a title and as a tribute. The rose was an offering to the goddess, my blood was an offering to Satan.

Some say that the name is related to Lucifer – but this was not my original intention. Venus has become a special goddess to me, and I was lucky enough to meet a devotee of her several years later after my naming. It was a special friendship that i formed with a co-worker named Bryon. He has been a devotee of the goddess for many years, and when he came into my life, his greatest gift to me has been his friendship.

Bryon is a neopagan with a deep interest in the gods of Rome, so we share a lot of commonalities when it comes to magic and working with gods. One of his desires is the return to the classical age of Rome, to worship the gods as they had been worshiped long ago. He is into Roman reconstructionism. Over the years he has become somewhat of a ‘magical partner’ to me as we have experimented with spells together with varied results, and we discuss our experiences in working with the Roman gods.

So, Venus has become a very important goddess in my life. While she is not ‘satanic’, her name is related to Lucifer as they share the same star. But behind the facade of christian myth, Lucifer was a god of ancient pre christian rome. There is a history of Lucifer as the companion to several goddess, including Diana (Diana Luciferi).

Venus has an independent and willful character, if she can be described as a goddess. She is the type of goddess that does whatever she wants, whenever she wants. In her stories she was not a demure, faithful lover. She had many partners and she caused a lot of mischief and trouble. She is never pictured as a child. She is always portrayed as a woman. Venus is the type of goddess who speaks through the heart, and it is through this understanding that I have come to begin to understand Satan with my heart. It is very spiritual to me.

A magical name is so much more than just a title. It is a role that you have to fulfill, a name that you give form to. When you choose a magical name you are born into the world of magic. The magician is self-created.