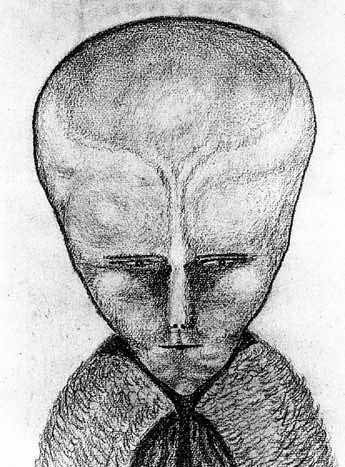 This was a letter sent to me through my SpiritualSatanist.com – She is asking about another website that has some information on the demons of the goetia.

I am 24, from Birmingham, UK – I have been a seeker within the left-hand path for about six months now. I was christian, but the religion did not seem real to me, and I did not want to sacrifice who I was for a god I did not have a relationship with. After leaving Christianity, I was sure that the occult would give me the answers and spiritual development I was searching for. I tried Wicca, but felt this wasn’t my correct path, so to cut a long story short this is where I am now.

I have been reading a lot about the Goetia recently, but have no desire to practice evocations until I am more adept. However, I do want to practice it further down the line…I enjoyed reading of your experience with Belial, and something I have recently read on another web site could hold a few answers…

Please check out this link: http://perdurabo10.tripod.com/id232.html
The magician, Aaron, after summoning Belial for the purpose of remote viewing, was given the distinct impression that he was dead. I believe this is why your first image of him was of a skull and bones. There is also a possibility that a successor has taken his place… which could indicate why you were then shown a new form (although it is known spirits will change form at request). I may have just logically came to this assumption after reading both accounts, however something inexplicable makes me think this is no coincidence.

Apart from this comparison with Belial that I wanted to make you aware of, Aaron and James have a really interesting story to tell with all of the Goetic spirits. I wondered what your thoughts were on their findings?…Anne.

I have seen this website, years ago. Quite honestly to me it is ridiculous. Allow me to explain why.

It is a site devoted to an alien representation of the goetia. That’s right! This guy believes (with all his heart, it seems) that the goetia demons are visitors from another world. That they were sent here to protect us from enslaving angelic forces.

His writings are a mix of conspiracy and new world order theory, combined with occult conspiracy theory. He also believes that aliens are here to commune with us under the guise of the occult.

I swear.. i saw something similar to this on a tv show, called “Stargate”.. where the ancient gods like Apophis and Thor, were represented as Aliens! But, I do not think that this is where he got his ideas from.

On closer examination you can see that Aaron’s web page name is ‘perdurabo’. This was a name used by Aleister Crowley. Also, it was Crowley who claimed that his holy angelic guide was a being named LAM, who curiously looked like a ‘gray alien.’ See the picture to the right ->
Crowley and his associates also recorded many things from the grimoires to interpret their own version of the Goetia.

By putting all of this information together its quite easy to see the source of materials that he uses on his site. This source is from Crowley. The things that Aaron writes about are a mixed assortment of crowleyism combined with Nostradamus-like conspiracy theories, spiritual warfare (a christian belief) and extra-terrestrial ‘saviors’ from another world in the disguise of judeo-christian demons.

This kind of writing lacks dimension, and its not very useful..but it may entertain those who are new to the occult. It has no literary value nor does any of it even make sense. I suggest you get away from his site as fast as you can. The lesson to be learned here is this: if it sounds absolutely crazy, it most likely is.

Resources on the Goetia
There are better places to look for information on the Goetia. Perhaps start with the Crowley version of the Goetia which you can get at amazon.com. While you are at it you might as well get a copy of the Book of Ceremonial Magic, written by AE Waite. This book is an overview of the various magical grimoires of the time. While it is lengthy it gives some interesting insight into Ceremonial Magic

Poke Runyon: (from wiki) “He founded the Ordo Templi Astartes (O.T.A.) in 1969, and incorporated it in 1971. This “Order of the Temple of Astarte” is dedicated to the revived worship of the Canaanite goddess Astarte and her consort Baal.”

He has released books, Cd’s and also videos on Goetic Summoning. You can see a real goetia ritual being performed in some video clips available at youtube. He explains his own method of using the magic mirror and the triangle of the art. These are the devices of ceremonial summoning.

My Goetia Video Series
I also created a series of videos available at youtube, where I talk about my theories on the goetic demons, and I discuss methods of summoning.

Demonolatry
This is the practice of summoning, and worshiping the demons of the Goetia (and demons from other sources as well). The OFS Demonolatry site began almost a decade ago, as a place for demonolators to meet online. What is so interesting about this practice is that they worship demons but they also use these forces to perform magic. The demons of this faith were developed from the studies of Richard Dukante, who created his own ritual system for working with these demons. Visit this link for more info:

My recommendation:
You should do your research and double check any information that you come across, in regards to any kind of occult practice. The more that you study, the more you will find writers and websites, just like Aaron’s, that are sourced from other, much older references. These types of sites lack any kind of originality and insight, and they are not useful as occult references. You should seek out the classical sources and attempt to work with these things yourself, through practice and experimentation. Don’t just accept what you read without using some discernment and some basic common sense.