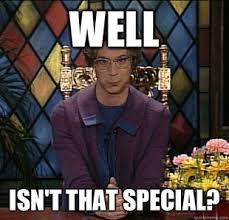 Greetings; This letter sent to me is from a LaVeyan Satanist, who is having troubles adjusting to life with Christian relatives. This is not an uncommon problem in Satanism, generally. The correspondent’s words are in italics.

[[ Im a laveyan satanist and i have been for a while. My family is sadly all Christians and there always like you’re bringing demons into our home and opening bad doorways lol! ]]

Yes, a lot of Satanists come from a Christian background and they have to learn how to make their way in a Christianized society. What you are going through is actually very common. Unfortunately there are very few resources which tell you how to deal with an issue like this. Your friends and family who are still Christian are going to have their Christian beliefs and misconceptions about Satanism. Preaching to them or trying to convince them otherwise will only cause more harm than good. Unfortunately, you are outnumbered.

[[ Well i dont believe in demons and all that junk. Im a good person and i just want them to realize that and they also make fun of me for believing in evolution..it’s stupid really.. ]]

Yes, of course they have their own particular beliefs about creation and beliefs on how the world works. As it is, you are awakening your mind to possibilities that are outside of their consciousness and so you are in areas that they are afraid of. They are afraid of the unknown and because of this they are suspicious of you, think you are evil. What happens here largely depends on how you choose to react to their ideas, and how you choose to live your life.

[[ ..but i was a christian when i was a little girl because that’s how i was raised but when i was about 11 i really started questioning things and that’s when i realized that i am my own god and i am responsible for my own good and evil and so is everybody else.. ]]

Yes and since you are into LaVeyan Satanism, you probably accept the atheist ideas and philosophies of Satanism. This is a view that is at odds with religion in general. Satanic philosophy is based on rationalism, and religion is largely based on faith. They are very much the opposite, which means that you’re going against all of what they know to be ‘true’ or ‘right’. Of course they see what they want to see through the lens of their own perceptions. Which is why it is very good to remain low key and private about who you are and what you like, especially around those who you know it would upset or disturb.

I can relate to the feeling you have – that Satanism is a great philosophy that really makes sense and you want to be able to share that happiness with others – but we live in a world where the different are considered to be evil; this is a right hand path label of the darkside that even some Satanists choose to accept. But from a left hand path perspective there is only the SELF and the self is in the highest regard. Like you said, its a matter of accepting responsibility into our lives instead of depending on divine intervention.

[[ and im not going to lie marilyn manson had alot to do with my religion changes.. ]]

Marylin, given high priest status in the Church of Satan. a weird and shocking role model, known for taking things to the edge…

[[ i wish my family would just accept me its not like i drink or have sex im a good girl lol.. and i believe in morals..but i have a good heart and good intentions also.. ]]

What they desire for you may be something that is hard to escape, depending on how close your family is. Satanism is a solitary path, it is for those who are self aware, self sufficient, self loving, self serving. You can either put your feelings aside and hide your religion around those who love you so that you won’t be making them worry about you and get into your business…or you could alternatively, decide to change your life in subtle ways so that you can have more independence, and break free from the rules and expectations of other people in your life. This may mean really becoming independent.

The idea is to be able to live with the least amount of effort and while you present these attitudes and ideas to your relatives, it causes them to come after you – I’m sure it is because they care about you and only want what they feel is best for you. at some point though, you will have to decide what is best for yourself.. Do you stay and keep the peace, so you can have your peace? Or do you fight the status quo and learn how to be more self-sufficient and stop caring how others judge your religion?

As a Satanist of many years i can say that I had struggled with publicly identifying with Satanism for a long time. I started getting into Satanism back in ’92, after the Satanic panic had subsided. My parents were not religious but my mother was spiritual, she believed in auras, astrology and other things like that. So when i started listening to ‘dark’ music and became reclusive she really didn’t care what I was into. After a while I was on my own and able to do whatever I wanted, whenever I wanted. But it took a long time to get there. And instead of answering to my parents, I had to answer to society. A society who expected *everyone else* to be Christian. Well, I was always just a bit different.

I have come out even more in the past 2 years, openly admitting to a few co workers that I am a witch, and some of my closest friends (offline) know that I am a Satanist. I also wore my pentagram at work for more than a year, every day. No one ever said a thing. But, I choose to be public about my Satanism now because I have been into it for so long. I know how to reply to people who are curious, I know what to say and what not to say to control their curiosity. At some point, your spirituality (or lack thereof ) should be none of anyone’s business.

Other readers who are curious about this subject may also find this post to be relevant: “Hiding Your Satanic Faith From the Public” posted Feb 3, 2017