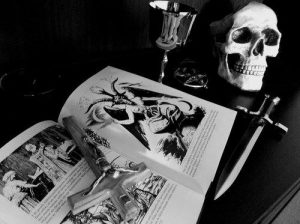 The question is often asked, is Satanism legal in America? This post explores why and how other religious movements outside of Christianity are questioned as being legal in a land where we have religious freedom.

Prior to 1969, there is no documented evidence of any Satanic organizations that promoted Satanism as a religion. You may read about anecdotal evidence claiming that there were hell-fire clubs in the 1800’s or magical orders that claimed to be Satanic. But, there were no established churches with an established doctrine until 1969.

Having an established organization along with a doctrine is part of what legitimizes a religion. Without these things we only have hearsay and there is not enough evidence to make a case. Groups that moved away from the social order of the Christian church of the time did not make a special declaration that they were Satanists, nor did they provide a doctrine, set of rituals and rites and call themselves Satanists. The same goes for the Templars, who were only labeled ‘Satanic’ by Philip IV of France, who had owed them money and was not willing to pay, instead killing them and then labeling them as a Satanic order to hide his crime. Being labeled as Satanic by Christians does not make an organization Satanic.

Through this, you can see that throughout time, there had been no established churches related to Satanism. The only thing that existed were labels that were given to groups outside of Christianity, who were labeled as Satanic. This does not provide a legitimate background to establish Satanism as a religion. This, however, changed in 1969 when an actual Satanic organization formed and they provided the public with a doctrine that they themselves established as Satanic.

This happened during a time in America when people were exploring options outside of Christianity. There was a revival of witchcraft, which became known as Wicca in the 1950’s through authors like Gerald Gardner. People were exploring occultism and mysticism so the emergence of an actual Satanic order was not surprising.

Beyond this one only has to look at the social data provided to us through recent studies done on Satanism. Satanism is comprised mostly of atheistic, nonreligious philosophical followers of Satanic philosophy. In a Satanic survey written in 2001, it was found that most Satanists are adults, some who have college degrees, and are found all throughout the world. This shows that Satanists are an important but small segment of society. While the majority of Satanists claim to be atheists, Satanism today, however, has also developed into a spiritual and theistic practice for many. 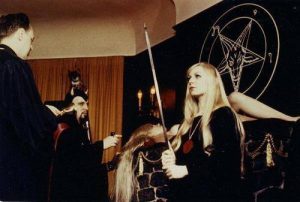 On the question of what makes a religion legitimate, one must look at the common factors that all religions share. A religious legitimacy should not be based on the size or number of its followers, nor should it be based on the age or history of its existence. A more reliable measure should be how people have used it in society as a structured belief system.

Most religions provide a place of worship, provide services to the public, and have a doctrine and set of guidelines to follow. They also provide rituals or services for birth, death, and marriage.

While some religions that lie outside the mainstream have their own ways of dealing with this, Satanism is unique in that there are no established public places of worship. However, there are guidelines for ritual or ceremony and for birth, death, and marriage, as provided by the Church of Satan. There are also provided established guidelines and doctrines for Satanism as found in the Satanic Bible. Other groups outside of the Church of Satan provide similar rites and rituals.

In America we have the First Amendment and the Establishment Clause, that bans any law “respecting an establishment of religion”, meaning that while Christians serve as the majority, they can not claim that America must only be Christian. The majority also does not have a right to decide what constitutes a legitimate religion based solely on a moral assessment.

At one time during the 1970’s the Church of Satan had also placed information in the Army’s chaplain Handbook for Satanic Burial rites. While the same information is not available anymore in its recent update, at one time soldiers could be provided with a Satanic burial if they so chose. 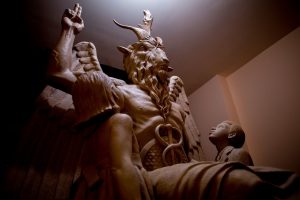 More recently there is another Satanic organization that is standing up for our rights as Satanists. The Satanic temple has worked hard to prevent people from being able to say a Christian prayer at public, government-sponsored local meetings. Allowing one group to lead a prayer goes against the establishment of religion involving government activities. They have also placed Satanic-themed holiday decorations in government spaces that were at one time reserved only for Christians.

One of their best accomplishments so far was creating and displaying their own Satanic statue on government grounds in Oklahoma City, the same place where lawmakers decided at one time that it was okay to also display the Ten Commandments. They have also placed Satanic-themed holiday decorations in government spaces that were at one time reserved only for Christians. The government of our nation should not be taking the side of just one religion or any religion at all for that matter.

Now that Satanism has been established for so long the activities of groups like the Satanic temple seek to further legitimize it as a religion as a part of the landscape of America.

The only way that the government can halt the activities of a religious group is if the religious group is involved in criminal activities. Certain cases come to mind when one thinks of the Catholic church and it’s handling of their multi-million dollar payouts that ensued. But since we live in a land of Christian privilege nothing will likely come of it.

Satanism has been an established religion for 48 years and things are not likely to change anytime soon, especially if we have activists that are willing to fight for our rights here in America regarding the establishment, and freedom of religion.