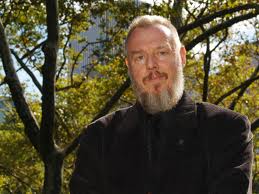 The issue of abortion and a woman’s right to choose, is a tough subject for many people to discuss, no matter what path they are on, and rightly so. There are many sides to this issue, and many reasons why people are for or against it.

The Church of Satan was recently thrust into this debate with their commentary that appeared in a recent CNN interview:

“Satan was thrust into the Texas legislature debate with pro-choicers shouting ‘Hail Satan!’ at the right-to-life faction. However, whom Satan endorsed was not clear. A British organization called U.K. Church of Satan appeared to criticize the pro-choicers (according to Twitter comments) while the New York based Church of Satan ( founded in 1966 by Anton LaVey) insists on a woman’s right to choose, said its high priest Peter Gilmore – although he acknowledged that shouting ‘Hail Satan!’ To anti abortion activists was ‘ludicrous and meaningless’ “.. (Recorded in News of the Weird, Backstage Pass, August 12, 2013)

While the Church of Satan has a pro-life stance, not all Satanists feel the same way. However it is a social issue that has been important for women for many centuries. In some parts of the United states, women are faced with hardship even when they do have a choice, suffering even if their life is in danger or even in the case of rape. Whoever made laws like these are obviously influenced by Christian right-to-life groups that seek to keep women ‘in their place’ in society by not giving them an option to choose.

I feel that all women should have the right to choose. We are only given one opportunity in life and we should not be subjected to the laws of men who do not understand how some women can be at a great disadvantage both socially and economically due to pregnancy. Also there is the argument that people are more pro-birth than they are pro-choice, considering that there are few if any programs designed to take care of these unwanted children once they are born.

However I do not feel that abortion should be a birth control method. Nothing will replace common sense or natural or artificial methods of taking charge of our own bodies. Women have been doing it for centuries and will continue to do so as long as we are able to, with or without government or religious interference.

Regardless of how we as Satanists feel about this issue, is it right for us to have a public opinion on this matter? Does your affiliation with Satanism, no matter what path you take, influence your decision on this matter?