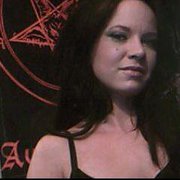 Yesterday, in the Spiritual Satanist chat we discussed competition in Satanism. This discussion was about how Satanists compete with each other wherever Satanists congregate. They do this through thought word and deed, in forums online and in Satanist groups. Internet bullying and the act of harassing other Satanists has become common place. But, what does this competition do for Satanists? Does it build them up or tear them down?

Competition in Satanism seemed to have started in LaVey’s church. In the 70’s, back when Lavey split with Michael Aquino, the first feud in Satanism began and the rest is history. This feud was echoed throughout Satanism even to this day, as groups, cults and organizations in Satanism compete with each other. The people in these groups even compete with members in the same group. No one is immune to this as it is found in all areas of Satanism.

What does this competition accomplish? It serves as a temporary win to those who use their might to make right. These people who perpetrate internet bullying and fighting with others are seeking to fill that void in their life that is missing. maybe they do it to boost their ego and their self esteem. It’s something that leads to the loss of respect amongst Satanists, and that’s not right. Its not ok to be belligerent to other Satanists, because actions like that, while they bring temporary gain do nothing to serve the Satanist in the long term.

There is no TRUE Satanism!

Its this true Satanism that so many people fight for. That is something that the religious will always fight for, and atheist Satanists do the same thing! they also fight for true Satanism almost as if their philosophy was also a religion. They practice hero worship which glorifies the ego, and they bash others which serve as a foundation for their own self righteousness.
Stratification in Satanism
In the chatroom tonight, I pointed out that Satanists, when they fight are participating in the stagnation of Satanism. they create stratification, just as LaVey and his church had intended. There are groups out there that do whatever they can to crush haters, and crush the competition. But what are they serving up to you, as a Satanist? What benefit will you find in a life where you continually have to serve loyalty to a Satanic leader while fulfilling out his (or her) wishes to bash any other group? Shouldn’t those leaders be serving you with knowledge and information that you can use to better yourself? Shouldn’t Satanists be focused on self-development instead of fighting a fight of self-righteousness? I asked this of the folks in the chatroom.

I told them that as long as they participate in that kind of behavior it will take away from their journey in Satanism. It will hinder growth within and it will cause a person to get sidetracked into a battle that never ends. But there are ways of combating this kind of behavior. You don’t have to participate in it, and once you know how to identify it, its easy to see where and when this kind of thing happens. And then with this knowledge, you can face this wherever it is found, and respond to it without having to get into a battle with other Satanists.

How to combat this competition


I suggested two things:
First of all, you should choose your battles wisely. You don’t have to participate in every fight that comes your way. Try to have some maturity and composure, and realize that these fights don’t allow you to grow spiritually. They only detract from your original goals and desires and dreams. Its a waste of time in the long run.

Secondly, set a good example for others. Find other Satanists that you can respect. Help other Satanists to find their own way. When you set a good example, others will follow. What is an example of this? Providing your help and expertise to another Satanist who is new to the path.. not rejecting them simply because they do not know what to do or where to go for knowledge. Help them and others will see that its is more mature and respectable to be polite and generous to others. You will benefit from this as well and perhaps have a better reputation for it, as well. when you help another to learn, you may also learn from the experience yourself.

Don’t be aggressive just because some high priest of a church tells you that its the way to be because that’s what Satanists do.. Life isn’t a battle, its a journey. I know that its human nature to want to have an enemy, but just because something is in our nature does not mean that its the best thing to do, or even the right thing to do. When you act with conscience you will be doing something that may benefit you in the long term. Don’t participate in this competition and you will see how much free time that you will have to pursue things that will benefit you.

This wave of vampirism and predatory behavior in Satanism is something that people are falling in line with, without questioning it. Satanists learn to question whatever life brings them, so why are they congregating in groups, flocking to them, and then using that as a way to be predatory against other Satanists? Whats so free minded about that? When you are following another person’s directions you are loosing out on making your own path in Satanism. If you are going to question everything you might as well question the way that your Satanic leaders are leading you. What are they showing you that is useful, knowledgeable and honorable? If the best that they can show you is how to put another person down then maybe its time to move on.

Did you know that a few years ago a church of Satan member published a book on how to insult others? It was a guide to insulting other Satanist and anyone who is in your path. This kind of aggression was bred within LaVey’s group, and it has spread all throughout Satanism, to its farthest corners on both sides, meaning that it is found in religious Satanism and in symbolic Satanism!

I also suggested that each one of you should make yourselves aware of local state laws regarding internet bullying. Where I live it is a misdemeanor. We have laws like this in most states in the USA. Some countries don’t have laws like this unfortunately. But as time goes on, laws like these are being made because internet bullying has reached epic proportions, and it sometimes has a fatal ending such as in the case of several students (and especially gay people) who have taken their own lives because of cruel and incessant bullying online. Know your rights and exercise them if you want to do something about internet bullying where you find it online.

Overall, we as Satanists face a tough decision to not fight with each other. And, I am not suggesting some kind of unity, or even suggesting peace – but what I am suggesting is that each one of us has the opportunity to develop spiritually and mentally, and when you avoid these kinds of competitive battles in Satanism, then you have more time for yourself and for your own pursuits, whether they be spiritual, religious, magical or philosophical. Avoiding these fights will allow you to accomplish what you want in Satanism without having to sacrifice your time and attention to others who only want to fight online.

I also told the chatters that wherever I have my chats set up, wherever my fans will congregate, I will never allow that kind of bullying to go on. You can enjoy a stress free environment wherever you come to chat with me and with my friends,  at my IRC chat, and even on my own facebook page.

Till next time – HAIL SATAN!!