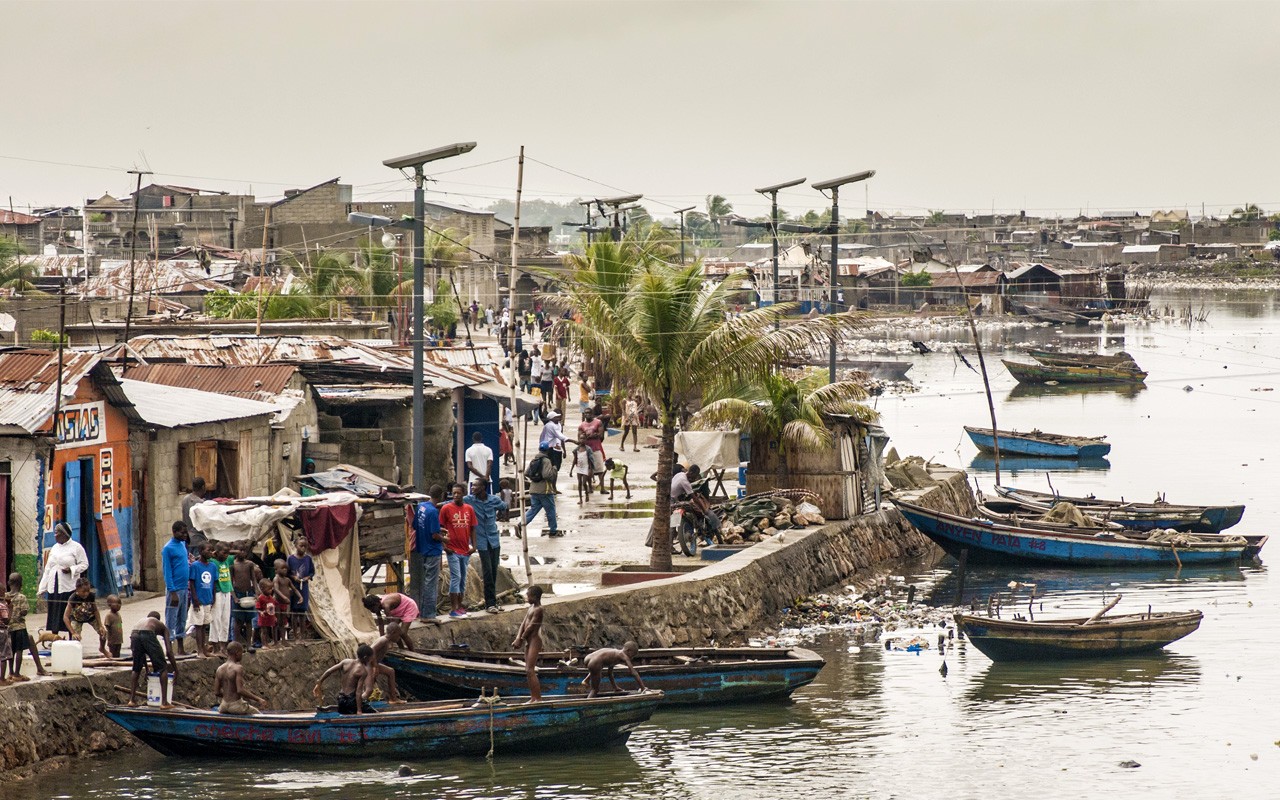 Last year, the Caribbean island nation of Haiti went from obscurity as a third-world country directly into the worldwide spotlight, when a massive earthquake hit 25 miles from Haiti’s capital center Port Au Prince. In the devastation, an estimated 300,000 people were killed, and the earthquake left more than 1.5 million homeless. The whole world witnessed the tragedy almost as fast as it unfolded. The news of this event spread like lightning across the internet, and people and aid agencies immediately responded to help Haiti. Relief poured in just as fast as the call was put out, from all corners of the globe.

Unfortunately, all of the millions of dollars that have been pledged and donated has not helped their situation. The people of Haiti are still dealing with the economic aftershocks of the earthquake, because their society and government infrastructure in shambles. Currently, Haiti is without adequate housing, food, clothing, medical care and other necessities. Even though we arrive at the one-year anniversary of this tragedy, the people of Haiti still suffer in so many ways. Most of those that did survive the earthquake are living in temporary shelters. These are the tent camps and shanty towns that have been provided to them by humanitarian aid.

With very little clean water available to the population, a cholera outbreak spread throughout the island, with it’s center located at the U.N. base in Meille. Cholera is a vicious intestinal disease that causes dehydration and could eventually lead to death if there is no medical intervention available. It is estimated that over 2,400 people have become ill so far, and this disease could affect another 600,000 or more people, in the near future.

Unfortunately, the religious leaders of Haiti have sought out a supernatural cause for this cholera outbreak, and they made the accusation that this disease was caused by the residents of Haiti and their religion – Voodoo. These same religious leaders, who influence the police and control of the government, have killed and tortured those people that they accuse of causing the recent deadly outbreak. The Associated Press recently reported that so far 45 people have died for allegedly using Voodoo and black magic to cause the recent outbreak of cholera, an infection that is caused by dirty water.

Religious folk magic is at the heart of the society of Haiti. The people of Haiti descended from slaves who were transported to Haiti by the French, in the 16th century. These African slaves brought their spiritual and magical Vodun tradition with them to the western world. Because they were slaves, they were forced into submission by accepting the beliefs and practices of their new Catholic culture. The practice of Haitian Voodoo developed when these slave descendants used their traditional magic along with the Catholic religion. It is estimated that today, 9.6 million people on the island of Haiti, are a part of the Haitian Voodoo religion.

Now the blood is on the hands of the religious leaders who are looking for a scapegoat to solve their problems. These religious leaders have used the cholera outbreak to target individuals whom they think are causing the fear and panic, and spreading the deadly disease. On the island, a local Voodoo priest, Max Beauvoir comments on the current state of affairs. “Most of the killings are occurring in the southern coastal town of Jeremie, where people are being lynched, set on fire and attacked with machetes.” These same killings have also been reported in places like Cap Haitien and the Central Plateau.

In other reports that show the severity of this situation, Haiti’s national police spokesman Frantz Lerebours said, “machete-wielding mobs had killed a dozen people accused of practicing witchcraft to spread cholera.” The UN is aware of this activity but they are slow to respond. Local law enforcement does not step in to stop the killings, and many incidences remain unreported. This senseless violence affects all the residents of Haiti. This attack comes from their own religious leaders. These are the same people who should be providing spiritual relief and healing, and uniting them under one cause. 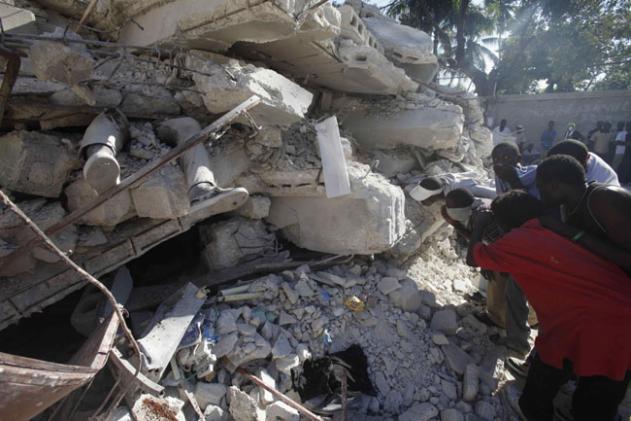 With archaic ignorance the Haitian religious officials make the claim that Voodoo and black magic is the source of this cholera epidemic. The nation of Haiti has suffered more than their share of loss, sadness and heartbreak in the past year alone, and now they have to live in fear due to their own government. As these religious leaders target and murder these innocent people who practice Voodoo, they cut deeply into the religious roots of the Haitians, destroying whatever remains of their culture and heritage, one group of people at a time.

This isn’t the first time that black magic and Voodoo has been blamed on Haiti’s recent woes. When the earthquake struck the island nation last year, it was Pat Robertson who made the judgment that the people of Haiti were affected by an earthquake because they deserved it. In this 700 Club interview, while they were soliciting donations for the people of Haiti during a televangelism fundraiser, Robertson spoke out against the people of Haiti, accusing them of colluding with the devil so they could gain their independence from the French.

As stated by Robertson, “..something happened a long time ago in Haiti, and people might not want to talk about it. They were under the heel of the French. You know, Napoleon III and whatever. And they got together and swore a pact to the devil. They said, ‘We will serve you if you will get us free from the French.’ True story. And so, the devil said, ‘OK, it’s a deal’. According to Robertson, the Haitians deserved what happened to them because they were cursed by (the Christian) god ever since they made that fateful deal with the devil.

This view was criticized by many, even within Christianity. A nationally known urban legend expert, Rich Buehler, stated that Roberston was incorrect “..on a variety of historical points, and (that he) propagated a common yet false claim that Vodou is Satanic in nature. 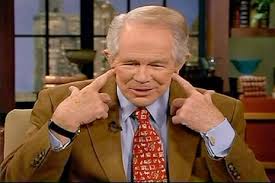 Robertson, host of the television series The 700 Club and outspoken Baptist minister, also blamed 9/11 on gay people in America. According to Robertson, in an interview after the tragedy in New York, he blamed ‘..the pagans, and the abortionists, and the feminists, and the gays, and the lesbians who have helped the terror attacks of September 11th to happen’. When the people of America spoke up against Robertson for making this accusation, Robertson eventually apologized to everyone and to President Bush, and he retracted his statement.

Throughout all of the confusion in Haiti, one thing remains clear. Without raising awareness of the issues that these people are now facing, their future as a Voodoo culture looks uncertain. I wrote this article to help spread some of that awareness. Even in this modern-day society, while some are able to enjoy are supposed to be religious freedoms and rights, the ignorance of religious leaders endangers the lives of innocent people who have become the target of this most recent witch hunt. This new moral panic is a genocide of people who, according to these religious leaders, deserve to die for spreading fear and disease. The only intentional destruction of human life that is happening here, however, remains in the hands of these religious leaders.

Read about the history of Haiti, and their freedom from the French. This article is about a man, Dutty Boukman, Hatian Priest and leader of the Hatian Slave Revolution, and the man who brought freedom to the island nation of Haiti. (accessed 1/9/11)
http://en.wikipedia.org/wiki/Dutty_Boukman