Some Satanists believe you shouldn’t ever come out at all. That it’s none of anyone’s business. But there is a certain way of coming out that can help you to integrate Satanism into your life in a normal way.

When you first begin in Satanism and it starts changing you, and you become a different person, you may feel that you want to share it with the world. Being a Satanist in public is not an easy thing.

Coming Out as A Satanist Is Hard 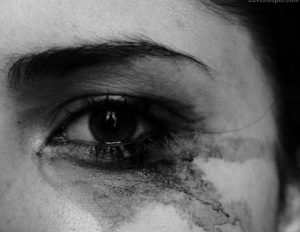 First of all coming out is a big step. It’s not something that is meant for everyone. Telling others that you are a Satanist can be shocking, to say the least. Depending on your situation, you could face rejection or even worse, abandonment.

It’s a shame that still in this day and age, with so much information is available about what real Satanism is, that people still have misconceptions about Satanism. It makes coming out a difficult process and sometimes, it is best avoided.

Once you step through that door and out yourself you can’t go back.

Of course you want to be accepted by friends and family but they wont always understand. Friends and family might think that you are having a break with reality. Even though its perfectly fine for them to believe in their Jesus, or whatever god they worship, for you to believe in Satan is something that seems crazy to them.

What Will You Get Out Of Coming Out As A Satanist?

You have to really think about your decision. Explore the reasons why you want to come out. Is it because you want to shock people? If that’s the case, then you aren’t really taking the path of Satanism seriously.  Decide what you will get out of outing yourself.

Have you really made the commitment to yourself and to Satanism or are you just experimenting?

Chose The Right Time and Place

With family time and Thanksgiving coming up in America, the best time to come out is not during thanksgiving dinner. Instead, try and set a time aside where you can have their full attention without any distractions. Plan out what you will tell them, and choose a time without distractions.

Do you really understand your path? Can you accurately tell another person why you are a Satanist and what it means to you?

If you can’t do that, then it’s time you sat down with some pencil and paper and write out your own definition of Satanism, why you are a Satanist, and what it means to you, before you come out. That way you can be prepared for what to say and how to say it.

Coming Out Is Often Reactionary

Chances are pretty good that the person you tell will either be completely shocked or angry with you. Resist the urge to argue and fight back. Remain calm and let them know that you are a mature individual who can make their own decisions.

Often people get angry because they are taken off guard and feel defenseless. So don’t take it personally and don’t be reactionary like them. Be proactive instead, and have a plan.

It’s horrible, but unless you are dealing with someone who is educated on world religions, you may have to defend yourself against ‘Satanic Panic’ talk, where people think that you sacrifice cats and babies. It sounds terrible but its a fact that most people are ignorant about Satanism. Beliefs about Satanism from the 1980’s are still repeated to this day.

It might help to have a Satanic Bible with you even if you are not LaVeyan, it provides an overview of Satanism in general, from a philosophical standpoint. Let them know that you are still the same person that they have always known and loved and that you aren’t changing any time soon.

Coming Out As A Satanist To A Friend

Coming out to friends is more difficult because a friend can easily just abandon you, ghost you.. which really hurts but it shows that they maybe didn’t really care enough about you to take the time to understand you. If its a friend you have known for years, they might already have a hunch.. If not then they might be more forgiving especially if they know that you just want to be genuine with them.

Be careful though. In coming out as a Satanist to a friend, they could just as easily go behind your back, and before you know it, your family and your co-workers will already know. They won’t have a problem speaking for you and outing you to everyone you know in the process of dumping you. Ouch!

In my own personal life, I try to find people with similar interests. My friends off line are Pagan, Wiccan and Thelemic. I try to meet other people who have an interest in the occult, at the very least. We have more in common, anyway.

Coming Out As A Satanist at Work

I heard from a Satanist in an email who told me his experience of coming out at work. From that moment on, he was treated with disrespect, people tried to always pray for him, and thought less of him. His Christian co-workers made it a uncomfortable environment. He was under constant scrutiny, and it made him want to quit his job. Some Christians might mean well but they just don’t understand.

I do not recommend coming out at work or with coworkers. Why? Even though, in America, if you were fired for ‘being a Satanist’, which could happen, it’s just not worth it. You legally can’t be fired for your religion, but they will find a way to fire you anyway.

People in America are protected under the 1964 civil rights religious discrimination at work act, but this protection only serves if you are willing to fight for it.

If people at work knew, people will treat you differently and you wont have the opportunity to explain yourself to them. Work is not the place to have a religious discussion, anyway. Keep your work life professional. Hopefully you will never have to hire an attorney to handle discrimination at work. If you live in America and you need help with religious discrimination contact the ACLU.

Another possibility is that your family and friends could discover that you are a Satanist from co-workers that out you.

Whats right is right for only you, each case is individual. As an adult you have the right to live the way that you want. As long as you treat the decision to come out with maturity and some planning you may be able to turn the situation in your favor

Yes, Satanism is legal in America, but that doesn’t make it easy to be a Satanist. Consider the cost carefully before you decide because once you come out, there is no going back!

There Are Some Benefits!

You may find instead, that the person you tell is relieved that you are being honest with them. Coming out as a Satanist may add a new dimension of honesty to your relationship.

You may find that you have less to worry about if you can just be yourself. It may take a burden of your mind and heart. You may also find that you can be your true self, and find your real identity by being completely honest.

Take It A Step At A Time

My recommendation is to take it a step at a time and consider your steps carefully. You don’t have to come out all at once, or ever at all, if that is your decision.

And now, A Thanksgiving Treat for Everyone!  The Song: Raise Hell, by Dorothy!

A Side Note For Teens Considering Coming Out:

The suggestions in this post are meant for adults, who have already left the nest and are working on creating their own lives. Adults can handle their own decisions. They aren’t living under someone else’s roof and someone else’s rules.

If you are a teenager, you should wait until you are able to make your own decisions. Otherwise you will risk negative consequences that could impact you for the rest of your life. Teenagers are often short-sighted when it comes to long term consequences. Speaking from experience, it’s just not worth it. 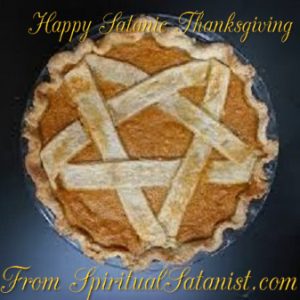 Have you come out to anyone as a Satanist? What was their reaction? Let’s discuss!