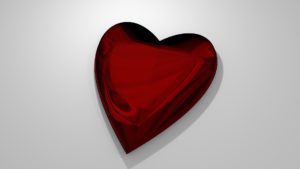 This was a letter sent to me the other day, from a woman who wants to know about the role of compassion in Satanism. I thought about this answer all week long before I finally replied to her. Here is her letter, and below, my reply:

“”I was raised as a fundamental Christian, though I have never been baptized, fortunately. It took me a lot of trouble and soul searching to get rid of all the propaganda and baggage that was forced on me as a child. I say forced on me, but I must admit that there have been quite a few years I actually believed the bible to be true. I have always had a fascination for the occult, probably because it was forbidden. After all, that is the devils territory, according to Christianity.

After a mental and emotional battle to let go of Christianity and all that comes with it, I have been studying other religions, including Wicca. Also, I have learned a lot about new age and it’s principals, but to me there is also a lot of denial to be found there, as is in Christianity. There seems to be only room for happy happy thoughts, and our darker side should be ignored, denied. After all, everything is about love and light.

I feel that good and evil resides in all of us and that developing and growing on a spiritual level is really about acknowledging that we are really dualistic by nature and integrating and accepting these two sides. Taking responsibility rather than playing the helpless victim, or the ever positive light worker.

These thoughts raised the question if there was any kind of religion or philosophy that would stimulate this kind of awareness.

That is how I came in touch with satanism. I looked into the LaVeyan satanism, but the idea that Satan would be no more than a symbol of our carnal nature, wasn’t very appealing to me. When I found your website about Theistic satanism, that was very interesting.

There are however, still a lot of questions I haven’t found answers for, so far. I’m now 38. A lot of information on the Internet about satanism is LaVeyan. For example, I wondered about charity. I have always had a soft spot for the weak, human or animal.

Now, according to modern satanism, the survival of the fittest is an satanic principle and we shouldn’t attempt to help those who perish, but rather help them on their way. It may be obvious that I myself see it very differently, but I have no idea how theistic Satanism’s views on things like this are.

I am very interested in your opinion on that matter. Since it seems Satan wants us to be independent thinkers, it occurs to me that he would leave it to us whether or not we decide it is good for us to help others, but I don’t know.

Lydia from the Netherlands“”

***********
Greetings, Lydia.
This is a very complicated issue with no easy answers. I can’t speak for all of Satanism, of course but I can give you my knowledge on this subject.

The beliefs of LaVeyan Satanists are as such : ‘Do unto others before they do unto you’, it is their modified golden rule. This is a very defensive attitude. A defensive person is not a strong person, in my view. They need something to hide their vulnerability and they do this by being selfish and hard-hearted, and acting hateful towards anyone that does not benefit their own selfish cause.

However, ‘survival of the fittest’ is not one of their rules, but it is easy to see why you would get that from reading their material. They have a selfish attitude that is meant to be in opposition to the golden rule(s) of Christianity. In many ways, any form of Satanism is about the self – including self-worship, and fulfillment of personal desires. In fulfilling personal desires, I see no conflict with your desire to help other people or animals with charity. In fact, I think that would be great.

And, who or what is deserving of compassion? As a Satanist, I have a strong belief that animals need our compassion. I take care of 3 cats that lived at my husband’s house, who were abandoned by their former owner.

The former owner didn’t feed them or give them water and they had to go to the neighbors house to beg for food. I was more than happy to open my heart to them when I moved in with my husband and I know that they love me for it. Their love in return is all that I need. My other cat was adopted from a shelter, and I most likely saved his life because shelter cats here do not live for very long, they are quickly euthanized because no one seems to really care about getting their animals fixed. The shelters here are always overflowing and are constantly low on funds. The shelter people couldn’t thank me enough for taking in my cat. I love animals, and I know that they need our help.

If Satan is god of this world then we should be concerned with what is in this world, and how to take care of it..how we can take care of our own. Recently, I made a lifestyle change that I know will help the environment – I began recycling about 4 months ago because I read many, many reports on how plastic garbage ends up in the ocean, killing wildlife and poisoning the soil in landfills.

I know that I am just one person but at least I can do what I can to help. Others are not as willing to help. You don’t hear other Satanists talking about taking care of the earth, they just want to use what is here and then dispose of it like it never even mattered.

It breaks my heart to know that more and more species of animals die every day. Where I live there are less than 100 panthers that live in the wild, due to hunting, roadkills, and the ever-increasing need for humans to build large houses in wild places where these animals live.

We live in a poisoned world, brought about in part by our modern (mostly Christian) civilization that could care less about taking care of the earth. Its not surprising to me that some of these people don’t care about the future because they are waiting for the ‘rapture’ or the destruction of the earth, and so they feel that the earth is doomed, and it’s too late to care. But I don’t think that is true. You mentioned responsibility. If each one of us took responsibility in our lives and stopped living wastefully, don’t you think that we could make an impact? I think so.

Some (LaVeyans) may say that compassion is a weakness, but it is not, its a strength that few are able to possess. They equate it with weakness because they think that Christians use compassion within their religion. Its very easy to be weak, to hate others, to not care – that is taking the easy way out, and it is not taking personal responsibility. Above all, personal responsibility should be important in satanism, and along with that comes the strength to be compassionate for issues that need our care.

So, have compassion for the earth, it is a living thing and like all living things, it needs help to live or it will die, and this is the only earth that we have. Volunteer your time at no-kill shelters or help them with funds, and know that you are helping to rescue animals that would not have had a chance to live.

If we all stop living wastefully we will see a difference. We all have an opportunity to be responsible for the lives that we live. As Satanists, as humans, shouldn’t it be our responsibility to help the earth? We have the intelligence, the capacity to have compassion and the means to carry it through. Let’s do it!

ps. last week, i posted a link to this site in my links section; maybe it will help to raise awareness of the needs of animals in our world:

The World Society for Protection of Animals

And: 10 Ways that you can Help Animals and the Environment we live in

And: How to Recycle Anything!!

And: 10 Ways to help your Local Shelter (ASPCA)