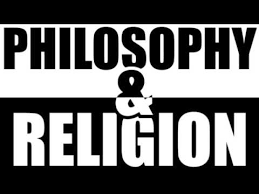 Fellow Blogger Zandria Zatara had commented on an earlier post of mine, about the History of the Pentagram. To bring you up to discussion, it was suggested by me that Satanism is generally a philosophy, and not a religion. my contention is that Satanism did not exist in public form until the last century when it developed from the many other new religious movements of that age.

“Wow. Again, I am just stunned to see this coming from a self-proclaimed Theistic Satanist. Now, granted, I have only recently started reading your blog so maybe we are mincing words. I would expect this from a LaVeyan Satanist because that was what LaVey was about but by definition Theistic (meaning: belief in the existence of a god or gods; specifically: belief in the existence of one God viewed as the creative source of the human race and the world who transcends yet is immanent in the world – in short the worship of deity) Satanism is a religion.” Zandria Zatara

In my view, all gods that have ever existed, were created by humans. This means that no, i do not believe that Satan or any other god created this universe. nor do i believe that Satan is the only god in existence, there are many others as well, perhaps thousands can be found throughout history.

Of course some would ask, how can a person believe in the existence of gods, while admitting that they were all created by humans? the answer is really quite simple: I am not invested in their religious beliefs of gods. The Satanic Bible also teaches that ‘all gods were created by man’. This is a more rational ontological explanation, and one that is much more convenient and realistic than simple religious belief.

Instead, I am a spiritual Satanist, and through representations like Satan, and other deities, I am able to come to an understanding of the natural world, and also reach an understanding from within. This is not a religion, it is a philosophy. The word, ‘philosophy’ essentially means, “a love of knowledge”, and I have a love of knowledge of the gods of satanism, and an appreciation of Satanism as a life philosophy. whereas my spirituality has been a practice in my life it has been for my own purposes of self development, unrelated to my association with Satan.

I do not need gods as an object of faith, or religion, because I worship no gods. The only god that I am allied with is Satan, but I may choose to interact with other gods whenever I have a desire to [usually for the purpose of magic]. My alliance with Satan is for our mutual benefit. Our alliance does not include worship, simply because there is no need to worship an ally.

LaVey had similar beliefs and experiences when he allied with the Prince of Darkness on a symbolic level. However, some have said that LaVey was a Deist. Deism, which is a form of Theism, is described as :”.. a philosophical belief in the existence of a God on the basis of reason, and observation of the natural world alone.” [wiki] LaVey proclaimed that Satan represented our natural desires, and the natural world.

However, what would appear to be worship and ritual for the LaVeyan Satanist is generally symbolic and psychological, and is also not considered to be esoteric or based on the concepts of metaphysics or spirituality. It is instead based on materialism, and philosophy. I diverge from this philosophy as a theist who recognizes Satan as an entity, and who also uses metaphysical and spiritual practices.

So while LaVey at some points proclaimed that Satan [is] god of this earth as represented by our natural desires, he denied the formality of worship and religion and in its place he offered philosophy, ethics and a method of Rationality, over the uncertainty of religious faith.

Satanism is a philosophy that can be used as a religion, and it has been done by many groups. I simply choose not to participate in that way.